The basics – flight and hotels were booked together as a package. You don’t pay tax in the Grand Cayman Islands – lots of offshore accounts there! Outlets are the same. Everyone speaks English. We chose this island because it was one of the five islands not destroyed by the Hurricane Irma. Teeny tiny airport – there’s no conveyor belt for suitcases – just a large room. Picture of the queen at customs. The car rental places are all walk able from the airport – two minutes walk down the road. Heads up, they drive on the opposite side of the road there! We learnt that the hard way (that also means the windshield wiper lever and turn signals are also not as expected).  Free parking at the hotel, with valet parking also available. When we touched down, we went to do some light food shopping at Cost U Less, which is a Costco like store with lots of cheap, kosher products available (don’t need a member card). We stayed at the Kimpton Seafire Resort and Spa during yeshiva week break. The hotel was on the beach, and it was essentially rented out by the Syrian community (ca chinnnng) and had a private kosher chef on hotel grounds for the week, so we were able to buy freshly prepared kosher food. There’s also a Chabad on the island that has a lot of information available. 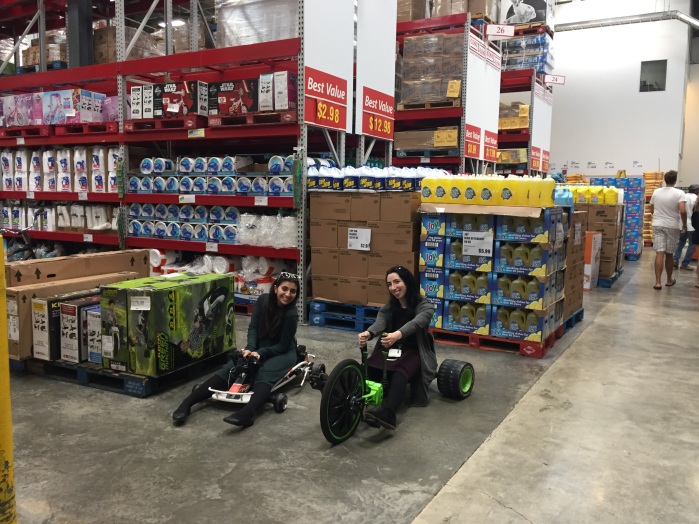 DAY #1 – took (free) bikes from the hotel and went bike riding around the hotel grounds. Bought coconuts to drink that were available poolside. Chilled on the hammocks on the beach with the coconuts in hand – does it get better?! If you bring the coconut back to the bar, they’ll chop it down and you can try the fresh coconut inside. Got ready for Shabbos – brought our own food for Shabbos. Asked the hotel for a table and lamp to put outside on our porch, so we ate food out there and we heated up our pre-prepared food that we had brought on an electric burner and disposable pans. Kabbalos Shabbos was had in the hotel, special for yeshiva week 🙂

DAY #2 (SHABBOS) – shul in the hotel again! The cheapest aliyah to the Torah that week went for $300 (and the max was casually five grand). We weren’t able to leave the hotel room as one group because electric keys. Brought games to play, and would go and take walks in shifts.

DAY #3 – went on a three-stop Stingray Tour. They pick you up from the hotel and bring you to a boat area. Took us snorkeling first. Went back on the boat, and they took us to a sandbar area where there were stingrays. The company catches the stingrays for you for you to pet and swim with, and also has a photo shoot for you (have to pay for the pics after). The third stop is to a little island that has starfish everywhere! Went back to our hotel where we went to the pool, followed by a spa adventure (also free with the hotel). 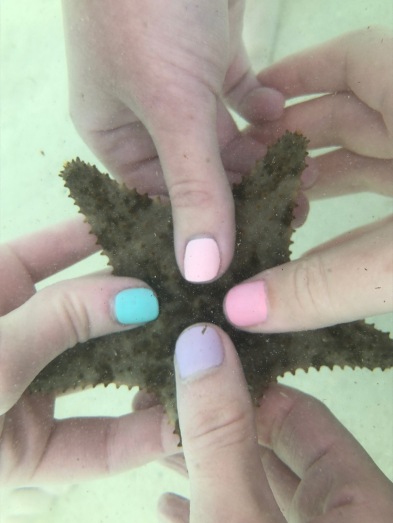 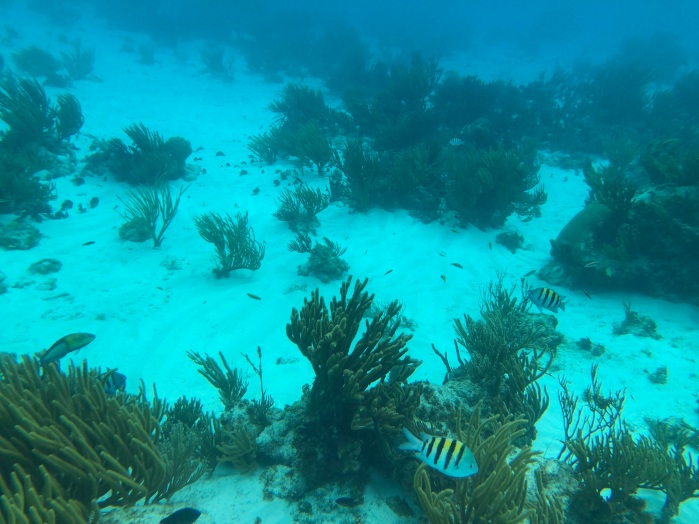 DAY #4 – Crystal Caves 90 minute tour to different caves, lots of animals and nature around – would recommend wearing sneakers, but you won’t get dirty. Saw sleeping bats there. Went back to the pool, because it was a sunny day out! We had planned on potentially doing a Bioluminescent Kayak Tour (Night), but had already done one previously in Puerto Rico and decided to save money on this activity. When we had done it in Puerto Rico though, it was super worth the money. 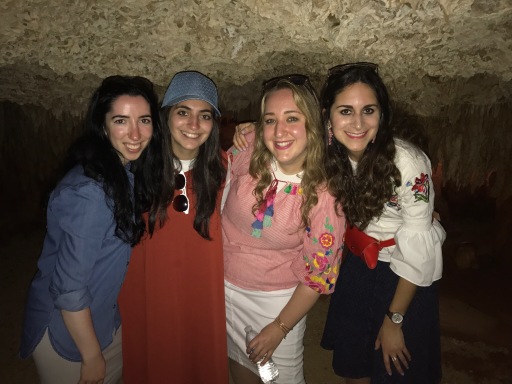 DAY #5 – the hotel has water sports activities available (all non-motor activities are free!!). Went on a guided sailboat tour with FRANK THE TANKKKK – we were definitely not dressed for the occasion, you will get wet (there’s a trampoline like bottom to the boat)! Frank the Tank comes from a family of ocean explorers, so he’s been sailing since he was four years old. His grandfather sailed the world – ask him all about it! Hotel had an all you can eat buffet dinner on the boardwalk with kosher wines as well, and lights along the boardwalk. 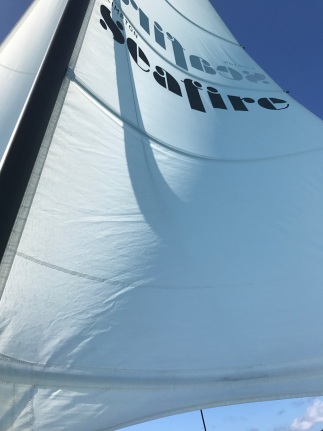 DAY #6 – rented double rider jet-skis from the hotel. You can pay for massages in the spa within the hotel. Went sailing again, this time dressed more water-friendly appropriate, meaning we were also able to go snorkeling in the middle of the ocean. You can also hang from a string while the boat pulls you along.

DAY #7 – packing up to go 😦 There are games available throughout the grounds (e.g. curling, Foosball, etc.) and cool places to sit throughout, so we took advantage as long as we could. Before we left, we grabbed food from the kosher restaurant. Camp for kids is available and free throughout the hotel FYI. Also, if there’s a big game on, the hotel will play it on the big screen in the conference room with free refreshments.

Overall, the Chabad Rabbi was incredible, and we were so blessed to have gone when they had a kosher restaurant available. It was really unexpected and such a treat!!